Keeping calm during a product release

At the end of November 2017, version 5 of my flagship application GrandTotal was ready to be launched. Experience from the four previous releases had taught me that this won’t always go as smoothly as expected. Regardless of how much you beta test your product - undiscovered issues will turn up after your product is already in the hands of your customers.

So I held my breath and hit the release button (there is no such button, but it sounds cooler than the real procedure). This meant that from that moment on, every customer who launched my software would be shown a dialog box informing them of the existence of the new major release that will cost money (if not bought within the grace period).

Unfortunately, we are used to clicking the blue button without really reading what we are confirming. On day one, this happened nine times. These users oversaw the fact that version 5 was a paid upgrade, and requested assistance. Lucky for me, Replies made this process quick and easy. I could just update my support answer from the version 4 upgrade (which included a new screenshot and a link to the previous version) and that was it. Replying to the eight consequent complaints was a matter of two seconds each.

The procedure is similar for all other questions about new features or pricing. Oftentimes I also improve a response created in Replies on the fly because the original caused some follow-up questions last time I used it.

Of course, dealing with bugs is also a standard part of any product release. My software is buggy. Every software is. This is why I use HockeyApp – which I use to collect and analyze crash reports – and have connected it to Replies. Each time a user submits a crash report it immediately gets pushed to the top of my inbox.

I discovered three crashes introduced with version 5 that were not revealed during testing. If a crash only happens for a very small portion of users, I won’t release a new version to anyone; I simply replace the build on the server so subsequent downloads are fixed. Additionally, I tell affected users who are contacting support a trick for updating to the corrected version (holding a special key while checking for updates). This way, my customer has the problem resolved within hours and, in return, I can be sure the fix is working.

Then comes payment. I process my payments using Paypal. Each time I receive a payment, Paypal sends a message to my server with the details - including the buyer’s name and email. Sometimes this mail is outdated, or the mailbox rejects the license mail sent by my server. At this point, Replies’ plugin feature was an enormous time saver, especially because I could access my license database from my iPhone while having a well-deserved beer in the evening.

An increased workload is to be expected with any major release. However, using Replies helped to reduce not only stress levels but also the amount of time I spent taking care of my customers immediately afterward. Take a look at my Replies statistics. 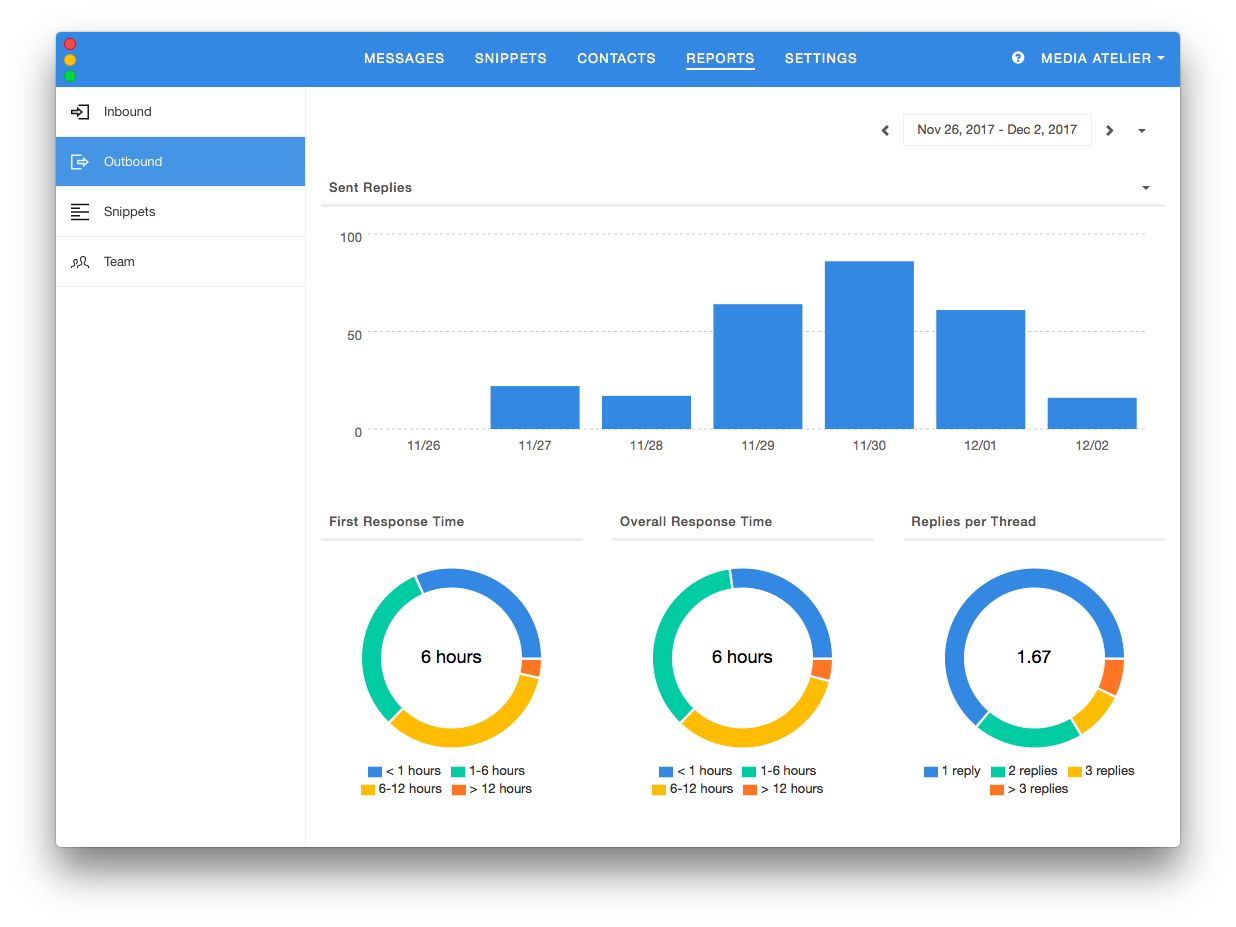 My free application Usage tells me that I spent only two hours per day in Replies for Mac on the first two days after the release. Yes, there is some additional time of using it on the phone - but that doesn’t count because I was already having my evening beer by then.

The release of version 5 of GrandTotal went smoother than expected. There is not much you can do about the increased workload that comes along with a product release, especially if you are personally responsible for almost all aspects of your product. However, you can reduce your workload (and your stress levels) by keeping calm and utilizing software that helps to simplify the process.

After 10 days in the wild, GrandTotal 5 has been adopted by 35% of the active users. Since I published the first bug fix update, support load is decreasing towards normal level.